A Conversation: Saladin Ambar and Ingrid Reed on the Election 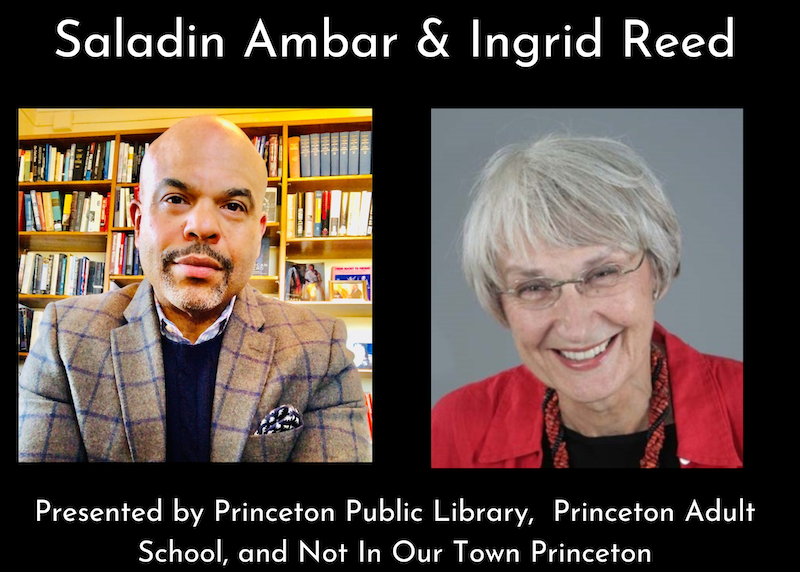 Saladin Ambar joined the Eagleton Institute of Politics in 2017. Dr. Ambar is a Senior Scholar at Eagleton’s Center on the American Governor and Professor of Political Science at Rutgers University-New Brunswick. He is the author of four books, including Malcolm X at Oxford Union: Racial Politics in a Global Era (Oxford University Press), which was nominated for a Hurston/Wright Legacy Award for best non-fiction book written by an African American author. The book is the basis for a film currently in development by Number 9 Films (UK).

His latest book is Stars and Shadows: The Politics of Interracial Friendship from Jefferson to Obama. He is also a co-author of Rutger University Press’ forthcoming Governors and the Crises that Define Them written with Eagleton’s John Farmer, Kristoffer Shields, and John Weingart. Dr. Ambar’s research focuses on the institutions of the American presidency and governorship, race and ethnic politics, American political thought, and American political development.

Dr. Ambar has appeared as an expert commentator in several episodes of CNN’s series “Race for the White House,” and has consulted for the Smithsonian Channel as a fact-checker. He is a regular guest on PBS New Jersey and New York’s broadcasts of MetroFocus, offering political commentary, and his work has been featured on the Tavis Smiley Show and NPR. Prof. Ambar’s writing has appeared in the Washington Post, CNN, Politico, Newsweek, The Root, the Huffington Post, Literary Hub, and the Daily News. He is also an opinion columnist for NJ Spotlight.

Ingrid Reed is a policy analyst focusing on New Jersey civic affairs. She directed the New Jersey Project at Rutgers’ Eagleton Institute of Politics from 1996 until she retired in June, 2010.

Reed was a founder and board chair of www.NJSpotlight.com, a civic journalism website designed to provide coverage of current state issues important to its communities which merged with NJTV in 2018. She currently serves on the board of New Jersey Future, of which she is a founder and its first senior fellow. She chairs the Community Advisory Board of NJTV and serves on the NJ-AARP advocacy advisors committee.

Her past government-related activities include chairing the Governor’s Task Force on Local Government Ethics Administration (2009-2011) and chairing the Capital City Redevelopment Corporation from its inception under Governor Kean in 1987 until 2010. She continues work as a volunteer on encouraging voter participation and confidence in elections and government through research and public education.