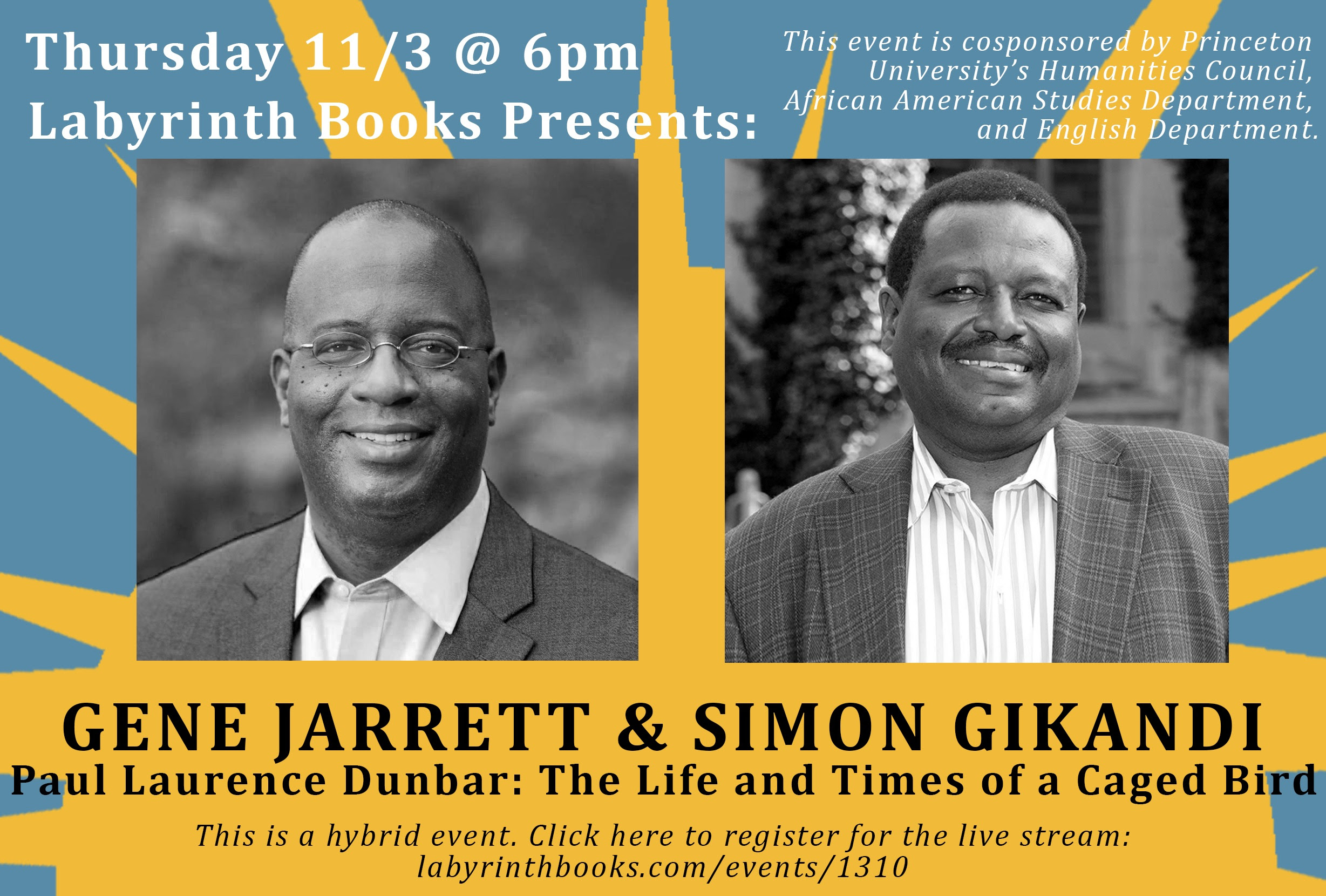 A major poet, Paul Laurence Dunbar (1872–1906) was one of the first African American writers to garner international recognition in the wake of emancipation. In this definitive biography, the first full-scale life of Dunbar in half a century, Gene Andrew Jarrett offers a revelatory account of a writer whose Gilded Age celebrity as the “poet laureate of his race” hid the private struggles of a man who, in the words of his famous poem, felt like a “caged bird” that sings.

a conversation between Dean of the Faculty and Professor of English at Princeton, Gene Jarrett, and his colleague in the English Department, Simon Gikandi, about Dunbar who, born during Reconstruction to formerly enslaved parents, excelled against all odds to become an accomplished and versatile artist will take place at Labyrinth Books (122 Nassau St.,
Princeton) or online. Click here to register for the livestream.

Gene Andrew Jarrett is Dean of the Faculty and Professor of English at Princeton University. He is the author of Representing the Race: A New Political History of African American Literature and of Deans and Truants: Race and Realism in African American Literature. Simon Gikandi is Professor of English at Princeton University, where he is also affiliated with the Departments of Comparative Literature and African American Studies and the Program in African Studies. His many books include Writing in Limbo: Modernism and Caribbean Literature; Maps of Englishness: Writing Identity in the Culture of Colonialism, Ngugi wa Thiong’o; and Slavery and the Culture of Taste.