A screening and discussion of the documentary “15 to Life:  Kenneth’s Story” will take place at 7:00 p.m. Wednesday, Dec. 3, at Princeton Public Library, 65 Witherspoon Street, Princeton, a part of public television’s POV (Point of  View) series, the film will be shown in the library’s Community Room.

“15 to Life” is the story of Florida’s Kenneth Young who, at age 15, received four life sentences for a series of armed robberies in which no one was injured. Like most children who receive life sentences, Young, who had been recruited by his mother’s crack dealer to rob hotels during a 30-day crime spree, is African-American, indigent and neglected.

The film follows his legal battle for release after the U.S. Supreme Court ruled life-without-parole sentences unconstitutional for children who haven’t killed. 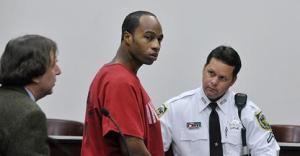 The screening will be followed by a discussion led by members of The Campaign to End the New Jim Crow, Princeton Chapter; and Princeton University’s Students for Prison Education and Reform (SPEAR).

Convenient parking is available on neighboring streets and in the borough-operated Spring Street Garage, which is adjacent to the library. For more information about library programs and services, call (609) 924-9529 or visitwww.princetonlibrary.org.