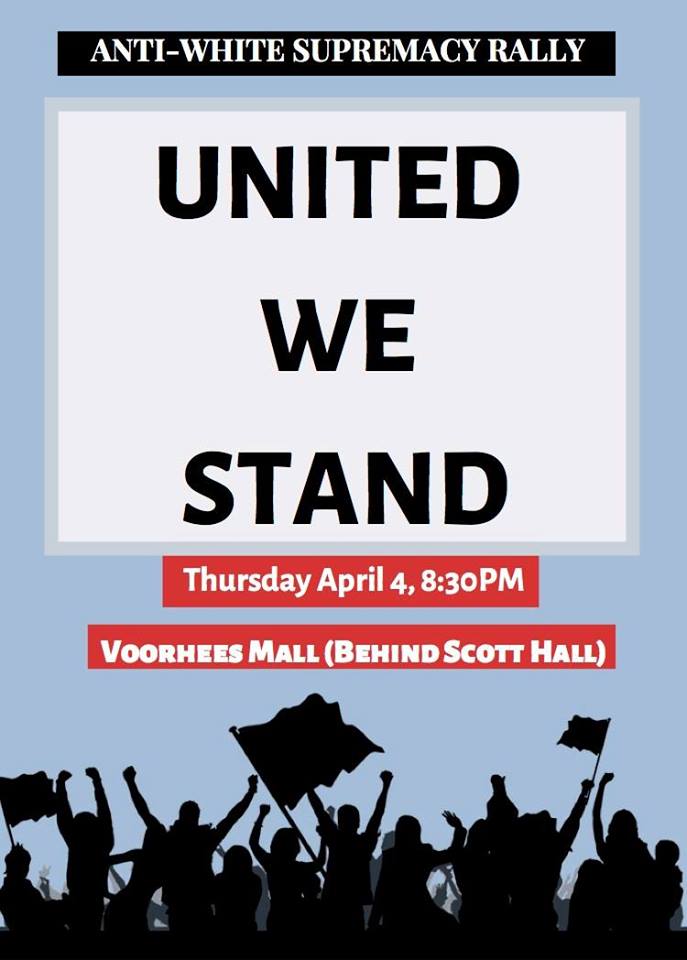 From organizer Hiba Raza: “As I’m sure you’re aware, the New Zealand shooter put out a white supremacist manifesto. Very shortly after, there were many people ‘paying tribute’ to him by engaging in hate crimes. The American Identity Movement, merely days after the shooting, plastered Easton Avenue [New Brunswick, NJ] with stickers promoting their hate group. There is also the issue of the college scandal. It came out during the reporting of the scandal that black mothers were getting sentenced to up to 10 yrs in jail for putting a family member’s address as their own to give their children a better public school education. I’ve been following the crisis at the border for a while now and realized that since the initial reports of ICE agents sexually assaulting detained children came out, there has been no follow up. The culmination of these, all caused by the white supremacist ideas that non-white victims don’t matter, caused us to want to do this rally.”